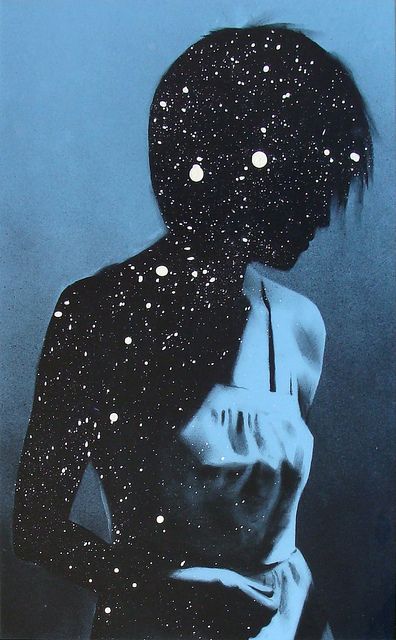 This is a powerhouse new moon that is bursting at the seams with transformative and rebellious energy. Some inner planets (specifically Mercury and Venus) have been sliding through Scorpio for most of October, opposing Uranus, and giving us a taste of this deep and alchemical energy. But the climax is this new moon, when the sun and moon unite at 4 degrees of Scorpio, and exactly oppose Uranus at 4 degrees of Taurus. Since each new moon sets the energetic tone for the rest of the month, we are in for a month of surprises, revelations, and catharsis. At times these changes may be self-instigated, at other times perhaps brought on by those in our environment, even our dearest companions, associates or confidantes. What has been buried or repressed is forging its way to the surface now, and we may not easily be able to anticipate exactly who has been hiding what, and to what ends.

Not to say that all that has been repressed or buried has been for sinister purposes- not at all. Sometimes we are unwilling or unable to be as vulnerable as is required of us to give voice to our true needs. Other times we hide or subvert our true feelings or desires with the best of intentions, as is attested in this chart by the presence of Mars in Libra. Mars in Libra wants to get along, wants to respect and evaluate everyones objectives and actions fairly, and find the middle road. These are admirable aims, but when we don’t give precedence to our personal desires and aims (as represented by Libra’s opposite Aries), we can become easily frustrated and resentful. This is why Mars, Aries’ ruler, is said to be in its “fall”- or disadvantaged- in Libra.

Mars at 15 degrees of Libra in this new moon chart is making an exact square to pragmatic Saturn at 15 degrees of Capricorn, and a slightly looser square to Pluto at 20 degrees of Capricorn. This is significant, not just because Mars’ precarious position in Libra is reminding us of all of the times we have compromised on what we truly desire, but also because since the new moon is in Scorpio- the rulers of the lunation are Scorpio’s two rulers: Mars and Pluto. Having them in square aspect to one another creates tension, and Pluto has had enough of acquiescing, taking the easy road, or making needless sacrifices. There must be accountability (Saturn) and we must be deeply honest with ourselves (Scorpio/Pluto) about what we are willing to choose/”put up with” and why.

Venus in Scorpio, at 24 degrees, demands raw emotional intensity and authenticity. Mercury close by, at 26 degrees, insists that we speak our truth and yearns to communicate at this deeper level of being and feeling. Mercury is also, however, getting close to stationing for its upcoming retrograde. On Thursday the 31st, Mercury goes retrograde at 28 degrees Scorpio and will be re-treading the territory it has been covering in October. It will re-trace its steps, all the way back to 12 degrees Scorpio where it goes direct on the 20th of November. We have an opportunity to expand on, and consolidate, the meaningful shifts we have been making in October and continue to make through November. Mercury is giving us time to get this right.

And shifts, indeed, will be occurring. Uranus, after all, is in the starring role of this new moon, in direct opposition to the luminaries. As the archetype of the unexpected, the future, the radical and the visionary- Uranus has been making waves in the slow and steady sign of Taurus (where it took up residence in March 2019 and remains until April 2026). Taurus is perhaps the sign most resistant to change. It is the sign of growth and accumulation, as can be seen symbolically through its season in the spring, when plants come to life and gather the nutrients they need to thrive. It’s opposite sign of Scorpio, is the sign of release and decay, as can be seen likewise in it’s season of mid-Autumn when leaves return to the earth.

Scorpio is the most powerful sign in the zodiac, and to truly cultivate and maintain our inner power we must continually shed what is no longer necessary or appropriate for us. What have we accumulated in our lives that we need to release? This is a question for every Scorpio new moon, but especially a Scorpio new moon that involves a strong Uranus. Uranus in Taurus has been, over the course of the past 6+ months, reminding us that what we may be in the compulsive habit (Pluto) of accumulating (Taurus) may no longer be a match for the vibrational frequency we are holding, or attempting to hold, in our lives.

The future, quite simply, cannot accommodate clutter or debris- be that mental, physical, energetic, emotional or ideological. And as we all know, there is no future- the future is now. So right now, we cannot put up with old baggage, self-deceit, or lethargy- and must commit to making changes. If we are willing to take these steps, we have a golden opportunity at hand. If not, this Mercury retrograde could feel like an uneasy flashback, or an uncomfortable jolt, into old territory we wish we had already left in the rear view mirror. Yet those who have already begun the excavation process, or are game to give it a go, and are diligently tending to it, however imperfectly, in all of its unpredictable emotional glory, may have some very happy surprises on the horizon.