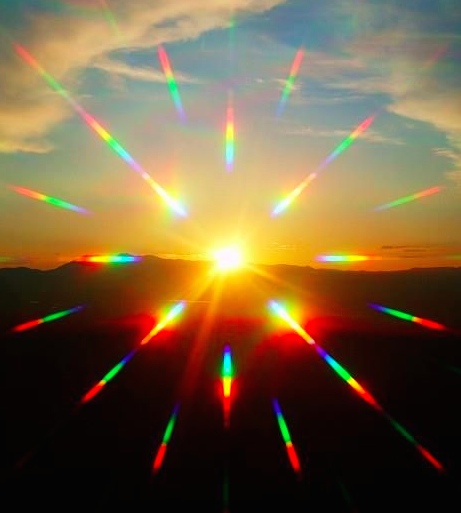 This is a fascinating new moon as it occurs within hours of three major ingresses. In astrology, an ingress is when a planet changes signs. The ingresses of slow moving planets are especially important because they happen very rarely, and all three of these are significant ingresses. Where exactly the new moon falls in this sequence is also significant.

The day before the new moon, Uranus, master disrupter, moves backwards (retrograde) from Taurus into Aries. It will stay in Aries until March 6th, 2019. This is the very final chapter, a post-script really, of the Uranus in Aries era which began in 2011. But as anyone who has read a great novel knows, the Afterward is ever-so-significant, even altering or enunciating the entire meaning of the narrative. So here, with this penetrating Scorpio new moon we have the first step backwards to re-claim and re-sculpt this Uranus in Aries era.

As the first sign of the zodiac, Aries rules presentation and persona, and many of us have had the opportunity to re-align that for ourselves in a more authentic and unique way since 2011. Now this Scorpio new moon prompts us to go even deeper, and be even more vulnerable with what we are willing to reveal. And what we are willing to stand up for, since Aries is also the warrior. The next five months give us the opportunity to align our inner selves and our outer face in a deeply individualistic and real way.

Just hours before the new moon, the nodal axis of the moon, changes signs. Since May 10, 2017, the north node, or the point of destiny, has been in Leo. The nodes are like a line in space that connect the orbits of the sun, moon and earth. The other side of the line, known as the south node of past karma, is connected to the opposite sign. This was in Aquarius. So most of the eclipses for the past 2 or so years have been in the signs of Leo and Aquarius.

Now the north node is in maternal Cancer, and the south node is in authoritarian Capricorn. This is especially significant since we have a build up of planets now aligning in Capricorn, led by potent Pluto and disciplined Saturn, and to be joined in late 2019 and 2020 by expansive Jupiter and even briefly, aggressive Mars. This ‘grand conjunction’ of 2020 is something astrologers have been anticipating for some time. The shift of the nodes into Cancer and Capricorn could be considered the beginning of this powerful window. Again, with the new moon in Scorpio heralding it’s arrival, it’s an apt time to dig deep and be honest with yourself about what TRULY matters to you, in your home life (Cancer) and in your public role (Capricorn) so that you can narrow your focus (Scorpio) into these areas with success in the coming years.

The final ingress of this new moon occurs one day later, when the most boisterous and expansive of all the planets, Jupiter, moves into philosophical Sagittarius. This means, however, that it is still in the final degree of Scorpio at the time of the new moon. This is significant because it is an indicator that this entire lunar month is still imbued with the deep penetrating focus of Jupiter in Scorpio. That we are still being asked to unearth those final pieces of psychic debris which have kept us energetically disempowered. A final push to go deeper than we are comfortable with so that we can come out on the other side with a new version of what an ideal and truthful life looks like FOR US, during the Jupiter in Sagittarius era.

The next month is time for one final housecleaning, literally and energetically, so that we can re-set, and re-prioritize, in entirely new ways moving forward.