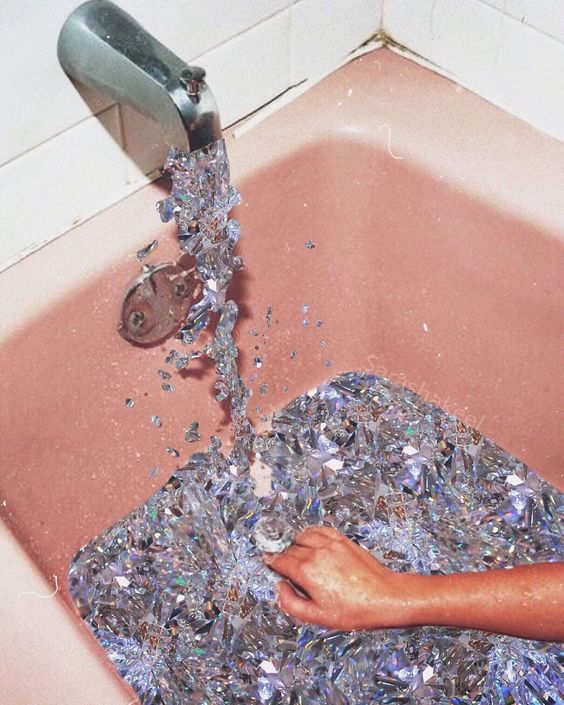 This is a lovely and romantic new moon that gives us all an added oomph of creativity and vision. Pisces is a sign know for it’s mysticism, imagination and empathy. All of those traits are magnified even more strongly now since the new moon is also tightly conjoined with Pisces’ ruler, elusive Neptune. This is amplifying Pisces energy greatly. And the rest of the planets are giving their tacit approval of this wildly creative and nebulous union, by forming a series of stabilizing and positive sextiles. Mars in steady Taurus is an ally, as are the Saturn/Pluto duo in Capricorn. With these power players in support, it’s possible, indeed wise, to take the vast and otherworldly visions and inspirations that arrive now, and put them into action. Take steps in the direction of your dreams, but make it prudent, rather than hasty action.

Mercury is retrograde now in Pisces, which can also be encouraging us to revisit previous creative projects. You could very well get the breakthrough you have been waiting for in terms of reviving something you had lost passion for, or updating it in a meaningful way. The traditional Mercury retrograde advice to avoid making major new purchases, sign contracts, or send important correspondences, still stands. Mercury will go direct on March 28th.

Venus, planet of love is in modern-minded Aquarius. This can make you rather more interested in spending time with friends, or making sure the friendship angle of a romantic relationship is strong, than in getting lost in illusion or infatuation. This is a blessing, since the otherwise strongly Neptunian energy could lead you astray and into seeing love interests through rose-colored glasses. It’s wise to take your time with love now, and see how things play out.

Jupiter, the traditional ruler of Pisces, continues to square Neptune from it’s perch is exciting Sagittarius. This is boosting the level of vision and faith that you have in your dreams, but it can also be prone to getting carried away, so remember to take things one step at a time.

With Uranus now in Taurus, where it will remain for the next 7 years, we may also start feelings these effects strongly. Nature, finances, natural resources, income, values, possessions, could all be areas where we can have breakthrough. Be observant about what starts to shift in your life now, and you could get some foreshadowing of the next 7 years.